Kinematic in 100 words or less

Kinematic have been making music for ages and it's something they love doing.  A truly independent band, their songs have still turned up on radio, podcasts, TV shows and documentaries in Australia and overseas, and fans on three continents have made music videos for them.  They perform as a band in electric and acoustic modes and their albums showcase plenty of both styles – from their debut Time & Place (2005) to their concert film/album Live at Bakehouse (2019) and their latest acoustic outing The Long Divide (2022). #independentaf

A 30 second summary for anyone new to this lil indie band.

For daydream believers, a new mix every December since '09.

Mike and Gordo formed Kinematic as a duo in 2000. Mik and Ozi joined in 2002 to make it a band. So they've been together way longer than the average marriage lasts in Australia (12.1 years apparently).

This American Life featured In Between in the episode Americans in China, making it one of Kinematic's most popular songs online. Nine years later, they tracked the band down and paid a licence fee for it. Good people at TAL!

Mike and Mik share two names (Michael and Owen) but they are not the famous footballer or cricketer, despite what comes up on Wikipedia. Gordo and Ozi share a birthday so there's two Geminis in the band - little wonder it takes forever to get stuff done.

Their song Championship Vinyl appeared in ep.11 of the US sitcom Cavemen which aired in 2007. Pity it wasn't a blockbuster like Friends or Modern Family, but it was a nice surprise all the same.

Gordo and Mik are brothers. Gordo bought Mik his first bass for $189 when they were teenagers, and they've been playing in bands with such memorable names as Snorkel, Griffin, Winfield Blues, Hack and The Gaffered Hamsters ever since.

In July 2022 Kinematic clocked over 1.8 million streams on Jamendo. It's no Shape of You by Ed Sheeran, but it's not bad for a lil indie band from Melbourne.

Once upon a time, the noted Australian actor, top bloke and part-time ninja Shane Jacobson booked a fledgling Kinematic to play at his work Christmas party. They played as an acoustic duo and it was their first gig. They performed their own songs and Fake Plastic Trees by Radiohead.

2022 With the pandemic lockdowns finally over, Kinematic dusted off their instruments and performed a bunch of acoustic shows in and around Melbourne, trying out material from their new album and making up for lost time. The long-delayed acoustic album The Long Divide is slated for release in October (seven years after it was begun).

2021 Another year of the COVID-19 pandemic sees the music scene suffering enormously, and Kinematic's home city of Melbourne has the dubious honour of undergoing the most days of lockdown of any city on the planet. Despite this, they stay in touch with weekly zooms, keep recording and release three new singles (Monday 8am, June and Old Leaves) from the long-delayed acoustic album (now slated for release in 2022, seven years after it was begun).

2020 The outbreak of the COVID-19 pandemic saw Kinematic, like everyone else, stuck at home in isolation. So, like everyone else, they recorded some live performances, available on their YouTube channel. A compilation album, No. One Fan, curated by listeners, and the single Speakeasy were released in July. The single West Gate Bridge was released to commemorate the 50th annivesary of the bridge collapse in October 1970, and also features in a documentary about the event – West Gate Bridge Disaster: The Untold Stories. The annual festive giveaway song 2020 Epic Fail gets the most radio play Kinematic has received in their home country.

2019 Kinematic's live crowd-funded film and album Live at Bakehouse is released in March. The acoustic single Two and accompanying video are released in July. And, holy heck, another single Cookie Cutter (with a video of the band enjoying the Golden Plains festival) appears in October. That's a movie/album combo, a soundtrack and two singles in one year ... prolific by Kinematic standards!

2018 For the first time since So Green the band releases a single and its accompanying video at the same time when Let's Go Out Tonight is released in April.

2017 A live concert special is recorded and filmed at Melbourne's legendary Bakehouse in March, thanks to a successful crowd-funding campaign.

2016 After a run of shows ending at the world-reknowned Speigel Zelt, a new band recording begins in April. The single started in 2015, Special, is released in May.

2015 Love & Graffiti is re-released in August, to coincide with the completion of a music video eight years in the making. Recording begins on a single and new acoustic album. The 10th anniversary show for Time & Place is played in October.

2014 The Come Into The Light single and video are released in July. Kinecism is released in November.

2011 Recording of Kinecism begins in September.

2010 Kinematic give away their entire catalog on a song-a-week basis. Not that big a deal now that streaming exists, but at the time it was kinda cool.

2009 Kites is released in October. Four music videos are released during the year and The High Singles come out on limited vinyl.

2008 Kites is recorded between March and November.

2007 The 38th Parallel and a video for Carnivàle are released in April.

2006 The Love & Graffiti single is released in July.

2004 The 38th Parallel is recorded during another long week in November.

2003 Time & Place is recorded during a hectic nine straight days in November.

2002 Mik and Ozi join on bass and drums. The So Green single and video is released in July. Their first gig as a band is the single launch in September. 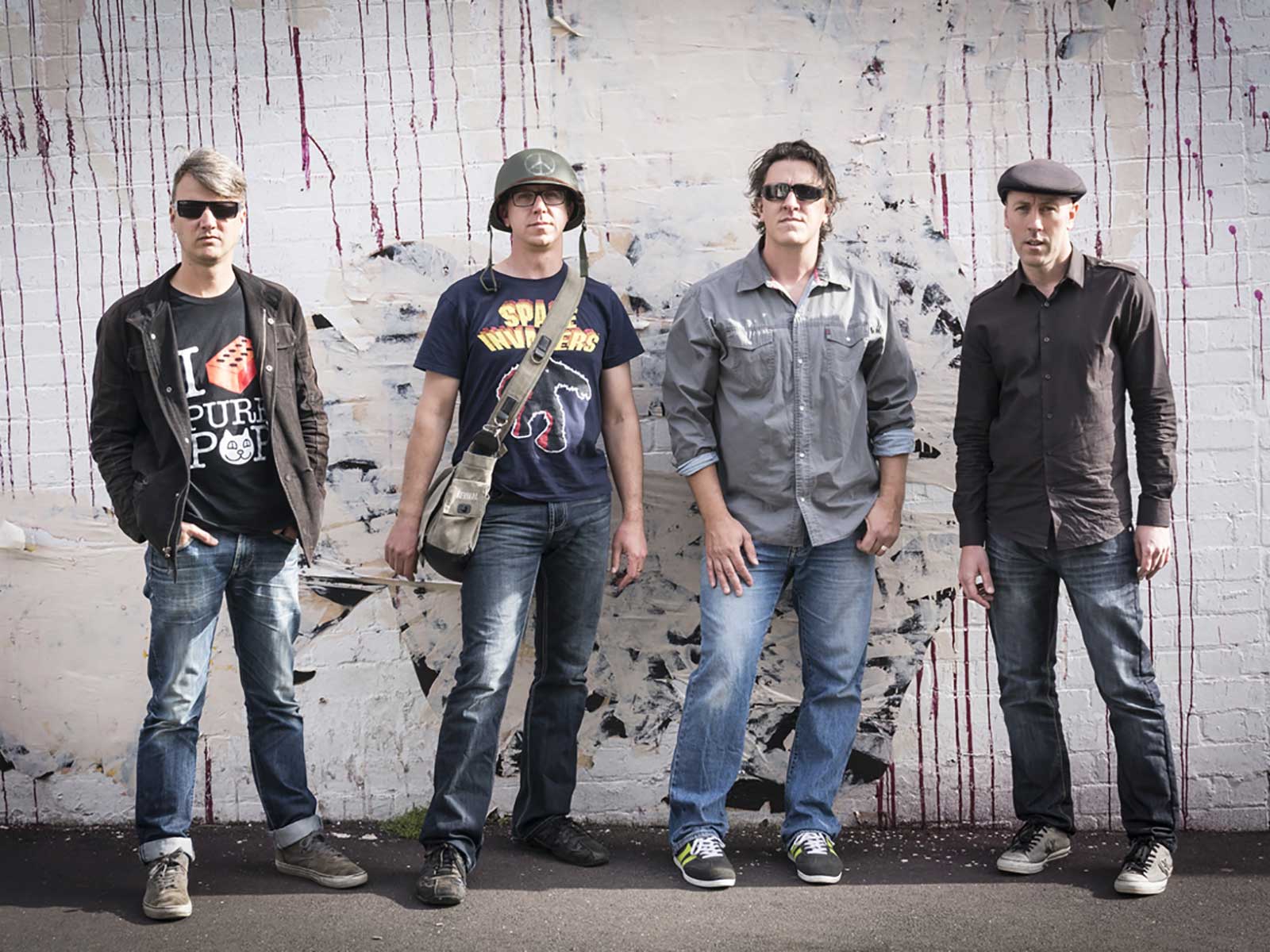 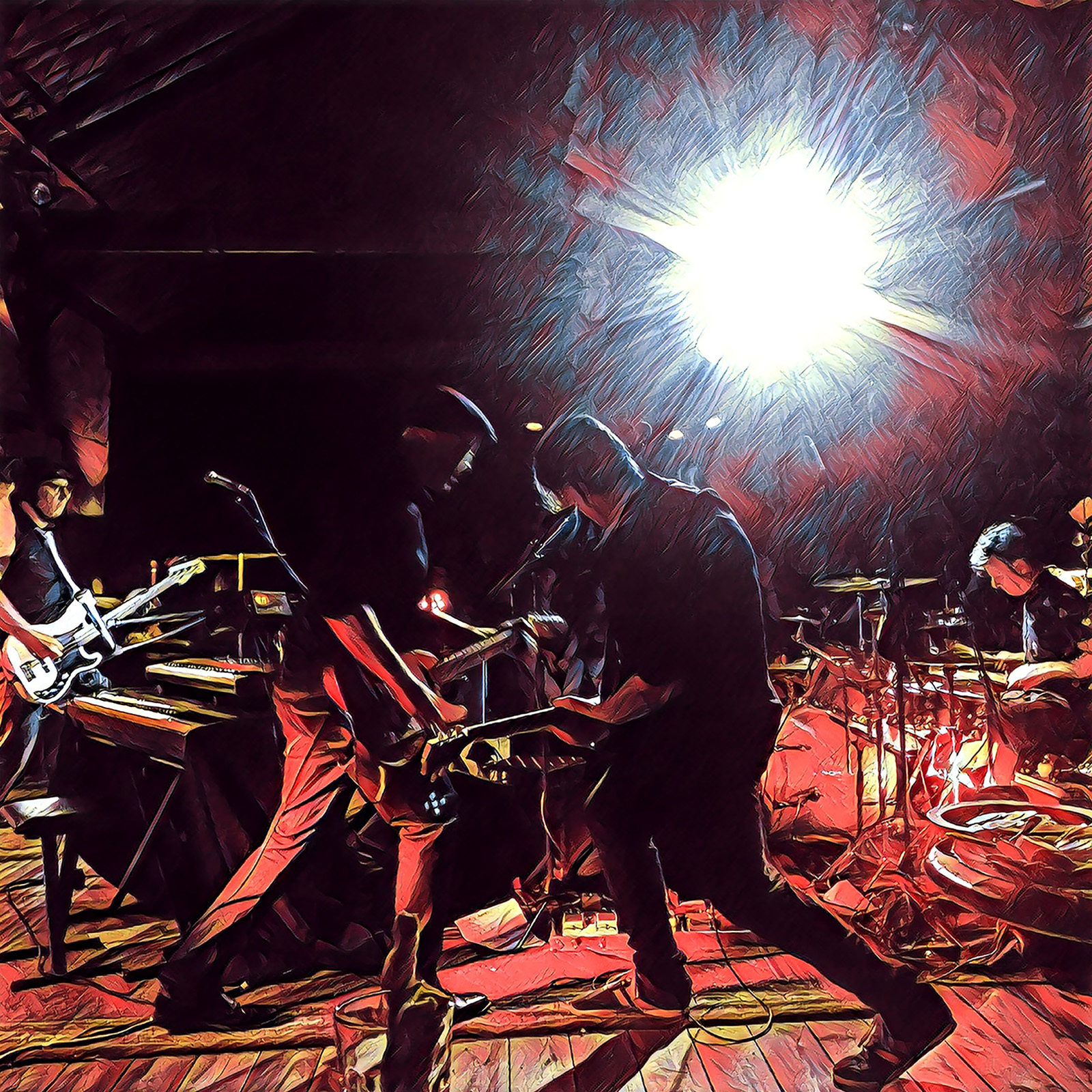 For bookings, media and licensing enquiries. Or to just say "Hey".